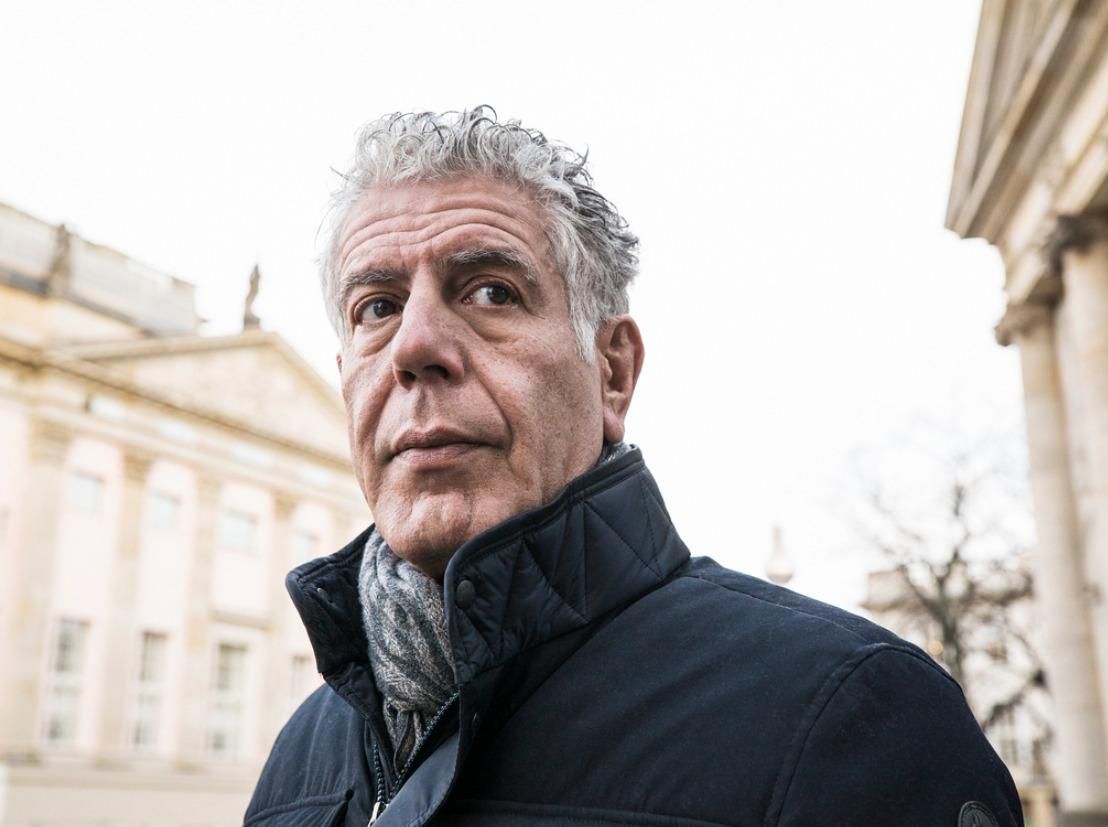 It’s been a difficult day in our house. I woke up early and checked the news feeds.  I gasped at the thought of telling my wife that one of her artistic heroes has committed suicide. Yet another tragic ending to a life that, from this side of the screen, seemed so content. I’m left to ponder existential issues about life and death – even in my own home. I’m attempting to answer questions that so many people around the country and world are asking far too often.

But even as a psychotherapist in Beverly Hills who specializes in identity and sense of self, even as a therapist who has built a practice centered on providing therapy for creatives, and even as a psychological academic who writes and researches about the battles that people face between what they feel inside and what they show the world around them, even with all that, I find myself stunned at another painful, saddening death.

There has to be more. There has to be greater insight into the psychology of a man who spent his most recent years exploring the world’s cultures.  He attempted to explain their differences and reveled in uniting the world through a common love and appreciation of food. And I think there is more, something much deeper.

I get the sense that Bourdain’s global quest for camaraderie, comprehension, and compassion was merely an externalized search for what he must have been longing to achieve internally. What I’m trying to say is that people look to the outside for things they have difficulty fulfilling inside.

Full disclosure – I don’t know Bourdain. I never met him. I couldn’t tell you anything about his personal life that he wouldn’t have let a reporter print or air. What I do know however, is that look in a person’s eye, the insatiable hunger for more. There’s this way that people like Bourdain engage with the world.  It is as though they are in constant flux and in constant search for something to fill the void inside.

The sad thing is that Bourdain told us that he was incomplete. We just didn’t know how to hear him. Unfortunately, as a culture, we’re just not trained, not prepared, or not aware or vulnerable enough to be open to the type of clues that he gave. When we think about suicide, we think about the person who is insatiably depressed.  We think about those who can’t get out of bed.  We envision those who have no hope and who permeate an aura that cries out for help. But that’s not how it goes…especially not in the world of entertainment. After all, we’re dealing with entertainers.

These people who have fooled us.  The actors, singers, writers, and comedians have surprised us by their suicide.  They have done so because they have learned to mold and modify their identity for the outside world. Let’s not forget, these people live such incredibly difficult lives; it must be so challenging to be in the spotlight all the time.  There is no doubt that they have to find a way to constantly convince us that everything is ok. After a while, they begin to convince their closest friends that it’s all good.  Their family have to think that they’re fine.  Before long, they’ve even convinced themselves that they are right where they need to be.

Therapy for creatives can help take a look beyond the surface feelings that the Bourdains of the world think they’re feeling. Depth psychology helps people look to the symbolic clues within a person’s life – it is not about symptom reduction. Psychotherapy for creatives is so important.  This is because it can help them distinguish between the identity they feel forced to be and who they actually are. Let me just say, this isn’t just an issue for Bourdain or for other creatives – everyone deals with this issue…

Bourdain and his Booze

It’s hard to talk about the entertainment industry, creatives, and Anthony Bourdain specifically without mentioning addiction and recovery. Of course, many will say that he entered treatment facilities and kicked most detrimental hard drugs. Some might even say that there aren’t significant reports about Bourdain being drunk throughout shoots, being insubordinate, or being incorrigible or difficult to work with because of his addictive habits. So, can’t a man drink?

I for one, believe the answer to that question is yes. There are some who think that once you’re an addict, you’ll always be an addict.  In other words, the only way to live your life is in complete sobriety. While I think that’s probably the easiest way to get things on a more productive path, I’m not certain it’s the only way.

For me, the true answer to long-term addiction recovery is self-discovery. I don’t really believe that the problem is the drink or the drug or the behavior. I have known plenty of people who had become sober only to delve into a depression, mismanage their relationships, or even commit suicide… So, it must be more complicated than sobriety.

I think it’s the void inside. People who feel incomplete, people who feel dissatisfied, or who continually long for more, are likely feeding an internal void. Often times, they fill that void with addictive substances or behaviors.  These include drugs, alcohol, sex, shopping, and various other types of patterns or behaviors.

In Bourdain’s case, it seemed to be a combination of at least two things. He certainly drank a lot. What’s more, is that he seemed fixated on finding solutions to worldly social, religious, and political issues.  All of which can be categorized as being existential.

These quests for meaning in and throughout the world are likely insights into searches for meanings that Bourdain was trying to figure out within himself.

I wonder what would have happened if Bourdain was given the opportunity to engage in a sustained, psychodynamic therapeutic process. Would someone like me have been able to point out to him that it feels like he’s chasing an internal ghost from city to city and country to country? I’m not sure.  I wish I could have told him that his ghost was not in London, Laos, or even right here in Los Angeles. I wish I could help everyone see the symbolic representations of their inner world that are too close for themselves to see.

Let me just say that I’m not writing this to suggest that people should have known – his friends, his family, agent, manager, CNN, or anyone else. This isn’t about blame – it almost never is. What it should be about, is a cultural shift in psychotherapy and the psychology of our senses of self.

What we experience as human beings is not about a list of symptoms. We are not a controlled group of subjects that can check off boxes of having experienced this or having suffered from that. The reality is that every single person has had a unique path toward the present moment.  Manualized treatment cannot be expected to address issues like depression, self-esteem, or virtually any other emotional issue related to someone’s identity.

Psychology as a field, we as a culture, and you and I as individuals must be held to the higher standard of looking at ourselves and at one another as special, individual, human beings. We owe it to one another to see each and every person in our lives as unique, and to help them discover themselves in whatever manner they feel most comfortable.

You can make a difference. You know someone who is suffering right now. There is someone in your life who is battling the same type of identity issues that Bourdain had been. Of course, the details are different and the storylines are unique. You know someone who needs you to support their therapeutic process toward individuality and their discovery of their sense of self.

Think about the people around you.

You owe it to these people. You owe it to yourself. Help create the space where people can at least try to be open and honest and true to who they are. Support your friends and your family and yourself in the quest to figure those really tough things out. It isn’t a flaw to need help when times are tough.  You should reach out when you feel like things aren’t the way you want them to be.

Perhaps that’s the biggest problem of these string of high profile suicides. I wonder if they just feel like they’re too proud or too distinguished or too high profile to reach out for help. Let me tell you something, they aren’t, and neither are you.

My thoughts and best wishes go out to the Bourdain family, to anyone who has senselessly lost a loved one to suicide, and to people who may currently be struggling with the pains that lead them contemplate death as a solution.

Ron N Gad is a licensed psychotherapist in Beverly Hills, California, a clinical psychology doctoral candidate with specialty in transitions through identity, and the Executive Director & Clinical Supervisor and the Beverly Hills Therapy Group.

For comments, questions, or to reach Ron N Gad, feel free to call (888) 494-7788 or contact through the website at www.TherapyinBeverlyHills.com 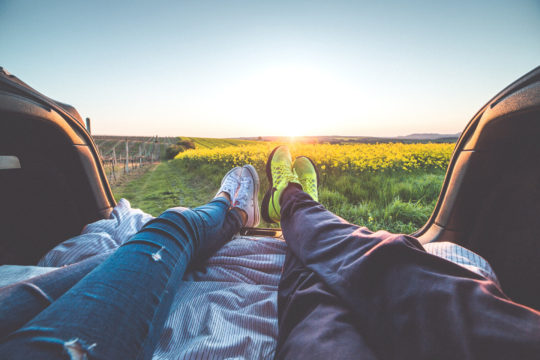 What is a Codependent Relationship? 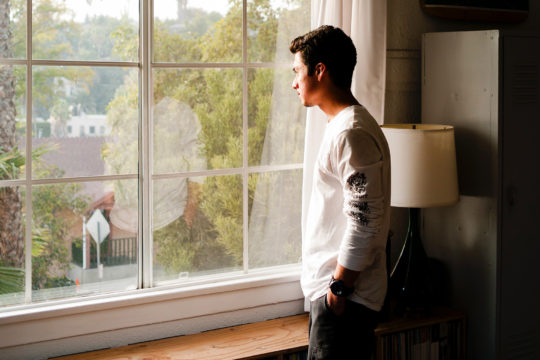 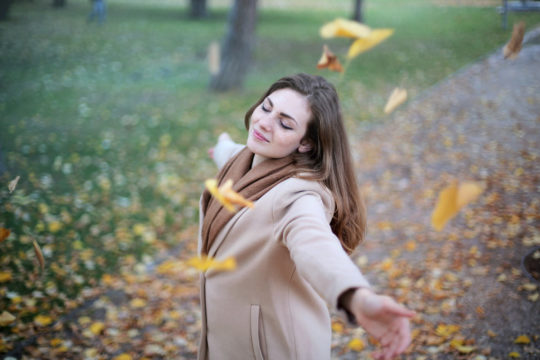 What is Analytic Psychotherapy